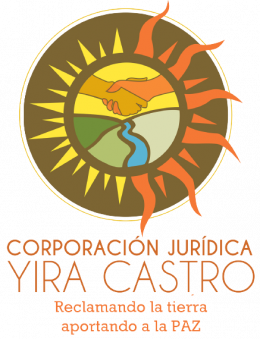 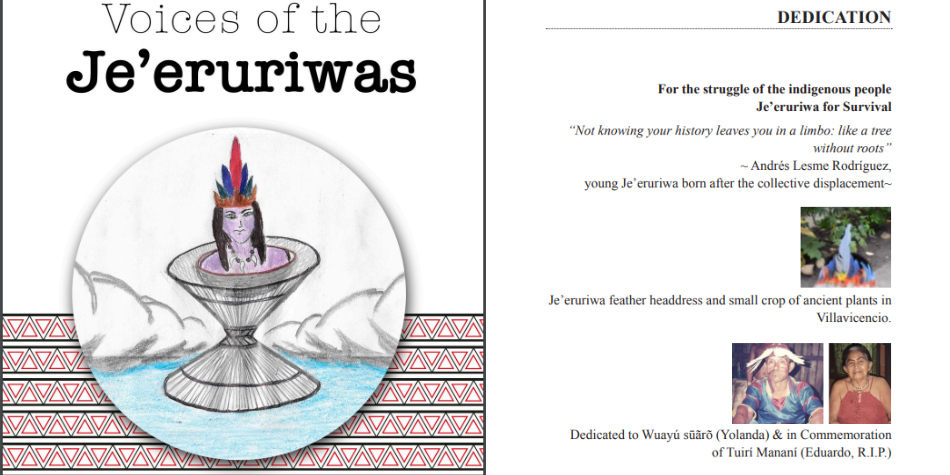 This report has been elaborated and translated to their language by the members of the indigenous community Je’eruriwa with the support of the Corporación Jurídica Yira Castro
(CJYC from now on).

• The indigenous community Je’eruriwa is a people which has its origins in the department Amazonas and was victim of collective forced displacement.
• The report seeks to identify the multiple impacts on an individual, family and community level caused by the forced displacement in 1986 and other human rights violations the community suffered from. According to the vision of the community, the connection between previous invasions in their territory and the arrival of the illegal armed group which caused the displacement of the community as a whole will be addressed.
• After this introduction follows a brief overview of the historical background of the invasions of the “white world” in the territory of the Je’eruriwa people with the aim to establish the
impact thereof in their history, their cosmovision, culture and traditions. (2) Thereafter the establishment of the Je’eruriwa community in their former territory where the displacement occurred and their cosmovision, customs and will be delved into.
• Chapter (3) describes the human rights violations and the patterns of the perpetrator. Subsequently chapter (4) analyses the  characteristics of the victims and the violence patterns. This is followed by the impacts suffered by the community and
their confrontation mechanisms with a differential approach 8 on gender and ethnicity focus (5) emphasising the struggles and collective processes lead by the Je’eruriwas.
• Finally, chapter (6) highlights the severity of the current situation the Je’eruriwa community faces, being in danger of physical and cultural extinction. Thereby emphasising how immediate action is required by the authorities especially the National Land Agency (ANT for its letters in Spanish) to comply with the community’s rights. These considerations
are concluded with proposals of integral reparation in the last
chapter (7).
• It is important to note, that both due to the different management and relation to time of the Je’eruriwa community and the fact that most of the survivors of the displacement were
still minors at the time of the occurrence, it was difficult to establish exact dates of the human rights violations.
• Even about some of the birth dates of the Je’eruriwas there is no clarity because the armed groups burned the archives in the village of Mirití-Paraná where the civil registers were
kept.